During 2010, I participated in Matt Hoverman’s “Create Your Own Solo Show” Workshops in New York City. Over six Wednesday night workshops, I and four others developed our own 20-minute “solo shows.” They were performed in the final workshop sessions. I attended three sets of the workshop (18 trips to the “Big City” that year!) the result being the basis for my 60-minute solo show… “Georgia & Me”. Below are a few frame captures of videos taken in the workshop performances. 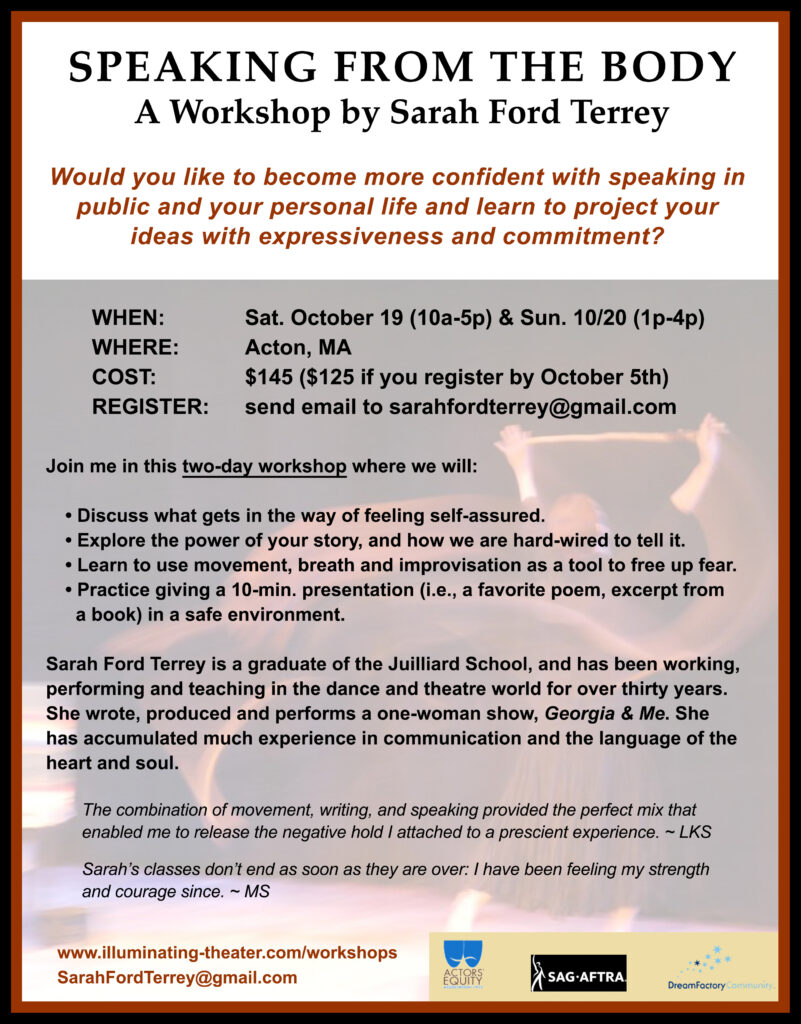 Georgia & Me will be produced in 2020 in several locations in New England to be announced at a later date.

I appreciate all suggestions for performing venues and want to thank all of you for your input!!